You are here: Home / Housing & Habitat / Choosing The Best Substrate for a Bearded Dragon

The best substrate for a bearded dragon is a highly debated subject within the bearded dragon community. Many people are vehemently against using certain substrates, while others claim it’s the only one to use. Which substrate you use can be determined by the age of the bearded dragon, how much time you have to keep it properly cleaned, and just personal preference.

Here are several different substrates you can use in your bearded dragon terrarium.

In the wild, bearded dragons spend their entire life running across sands and pebbles. Many bearded dragon owners feel that using sand as a substrate can increase the chances of gut impaction.

Gut impaction is when an object (or objects) are ingested by the bearded dragon and leads to a blockage of the intestinal tract. These blockages can most likely lead to death if not treated immediately.

Pebbles and gravel are often times offered as a substrate in many pet stores. These pebbles and gravel can also cause impaction if the bearded dragon swallows a small one. Peebles can also damage teeth and jaws if one is accidentally grabbed while going after an insect.

Non-silica sands can be used with adult bearded dragons with a limited worry of the chance of impaction. Sands are not recommended for baby bearded dragons.

There are some sands on the market that are made of calcium, called Vita-Sand. The idea is that the calcium based sand will become metabolized when swallowed allowing the bearded dragon to easily pass it.

Some bearded dragon owners use Vita-Sand exclusively, while others say it can still cause impaction.

Another substrate that you can use for your bearded dragon terrarium is reptile carpets, or cage liners. These are generally a synthetic carpet made to simulate grass or deserts.

Cage liners are simply laid across the floor of the enclosure to cover the bottom glass.

One worry of using cage liners is that the loops of the liner may get caught in the bearded dragon’s claw causing it to get snagged. The bearded dragon may react by pulling against the snag causing the claw to be ripped off.

Try to use a cage liner that has a tight weave to avoid this.

Old newspapers make a suitable substrate for bearded dragons. They are easy to maintain, although they do not look as pleasing as sand. If you are worried about impaction problems then newspaper is a sure-fire way to avoid it.

Some pet stores sell a newspaper substrate that consists of washed and shredded recycled newspaper. This make a great substrate for bearded dragons that love to dig without the possibilities of impaction. The downside to this substrate is that it can retain humidity.

One of the latest trends in bearded dragon husbandry is to use ceramic tiles for a substrate in the terrarium. You can use tiles from Lowe’s or Home Depot that are usually used in bathrooms or kitchens.

The tiles are easy to clean and gives the terrarium a nice look while practically eliminating the chances of impaction issues. 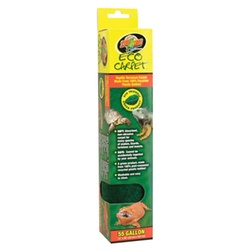 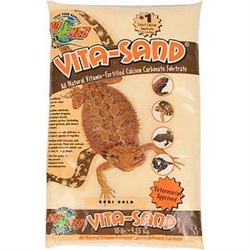 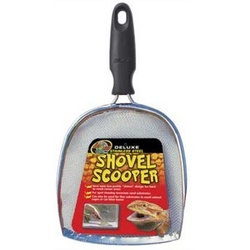 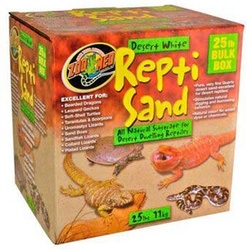